End of the year's top 5 films 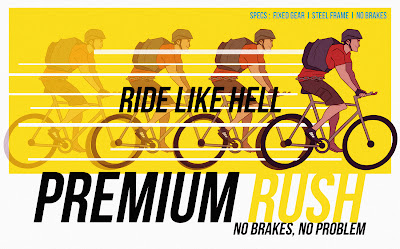 No, Premium Rush is not my top 1

Hey folks! Welcome to my top 5 films of 2012 list.
Fair warning though, this is an odd list.

4 Rise of the Guardians
Why I love it?
Badass Santa. Badass Easterbunny. Coolass Sandman. Lovely Toothfairy. Its my heavy dose of visual spectacle in animation for the year.

3 Skyfall
Why I love it?
Let me be honest to you guys. I'm not really much of a Bond fan growing up. I mainly blame this because of Pierce Brosnan. But I am a big fan of the Craig-era of Bond films. And I see what every Bond films are trying to do. They are sampling the best of what the best films of that era are doing. The same way that Craig-era is sampling the Bourne-ish action, the Dark Knight-ish grounded villains. Its the same way the Brosnan-era is sampling the over the top sci-fi technology, the long drawn gun fight and the convoluted villains of the 90s. And Skyfall exemplifies all that is the best that this era of action movies has to offer all the while giving nods to past Bond films. And thats why I love it.

2 Looper
Why I love it?
A heavy dose in Sci-fi. The time travel won't hurt your head. And Bruce Willis, being Bruce Willis. Its one of the most creative Sci-fi film that isn't a remake and is not based on a book that I've seen in years.

1 Liberal Arts
Why I love it?
Whoa whoa whoa whoa! Hold on am I reading that right? Yup. Thats right. I love this film. The same way I love peanut butter and jelly on a toasted bread. I love peanut butter. I love jelly. And I love toasted bread. This is my film for the year. Its a really mature film that speaks to the audience about growing old without lecturing. Its like a coming of age film except that the lead is already old. And man, Elizabeth Olsen is really adorable here. It didn't gave you that Hollywood ending and thats why I love it.

Thats it. My top 5. I know you might be thinking this list sucks. GAAAAAAAAY. Wheres The Avengers? Wheres The Dark Knight Rises? Well, fuck. Stop being an asshole and do your own list then. If it was a top 10 then the avengers would've made it. Ok fuck it. I'll list my top 10 then. Rounding off up to 10 are
6 The Avengers
7 Safety not guaranteed
8 The Dark Knight Rises
9 The Grey
10 Paranorman

I'll reiterate that this is a personal list based on my personal preference that involves a. I enjoyed it, b. It has deep emotional resonance for me, c. It has time travel in it, d. Its visually creative.

So thats it. 2013 give me your best shot. Seeing the previews for 2013's films, Can I say Sci-fi much?
Posted by Koi Carreon at 15:10 6 comments:
Email ThisBlogThis!Share to TwitterShare to FacebookShare to Pinterest 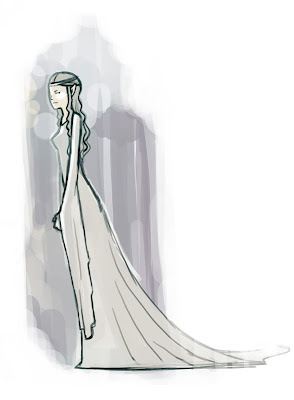 I just recently watched The Hobbit. And man, it made me want to read the book. I had a really great time watching it. Anyway, Lady Galadriel was a real beauty and very lovely.

Posted by Koi Carreon at 01:45 No comments:
Email ThisBlogThis!Share to TwitterShare to FacebookShare to Pinterest 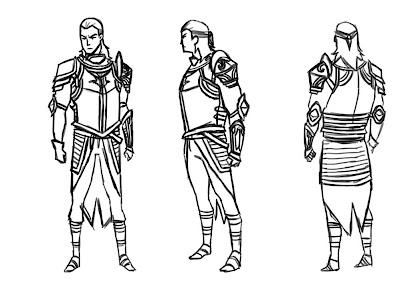 Character studies for something that I won't end up using. This will probably be my last entry for the year.
See you next year folks!

~Koi
Posted by Koi Carreon at 11:46 No comments:
Email ThisBlogThis!Share to TwitterShare to FacebookShare to Pinterest

That girl I always see whenever I jog

Part of the reason why I love my nightly jog, is I get to see her walking home from work. Her ridiculously over-sized bag is just adorable. And she's already carrying an orange backpack. Backpack. On a corporately dressed office girl. Isn't she just cool? What do girls put on their bags anyway? Creepy? Yeah, I'm already creeping myself out. Anyway, now that that's out of my system, back to work!

Posted by Koi Carreon at 00:48 No comments:
Email ThisBlogThis!Share to TwitterShare to FacebookShare to Pinterest 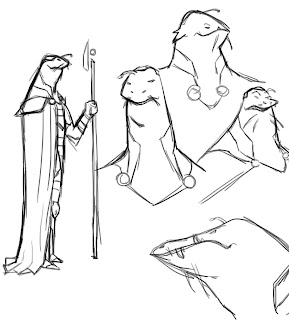 And better dynamic character designs.
Posted by Koi Carreon at 17:39 No comments:
Email ThisBlogThis!Share to TwitterShare to FacebookShare to Pinterest 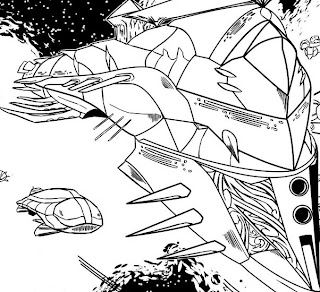 I promise to draw better ships.
Posted by Koi Carreon at 17:24 No comments:
Email ThisBlogThis!Share to TwitterShare to FacebookShare to Pinterest
Newer Posts Older Posts Home
Subscribe to: Posts (Atom)